Shiloh as a Jewish Historical Lesson

All too often, government officials, political rulers and religious or spiritual leaders cannot handle the spiritual and moral dilemmas posed by the power given to them. Blinded by their sense of self, they abuse their power and use their office to increase their own personal wealth or honor.

The most dangerous forms of the abuse of power of authority are those that are distinguished from acts of blatant theft and murder, such as the murder of Gideon’s sons by Avimelekh. In contrast, they are subtle and often unknown to the leaders themselves, yet they are immoral and unethical. Over and above the many general descriptions of such corruption in the writings of Isaiah, Jeremiah, Amos and Hoshea, in the book of Samuel there are two examples of abuse of positions of authority.

“Now Eli [the High Priest] was old, and heard all that his sons [Hofni and Pinchas] did to all Israel and how they lay with the women that assembled of the Ohel Moed” (Shmuel Alef 2:22).

We could take the sin of the two priests literally, indeed some of our Sages did and that would simply make them sexually immoral. Chazal, however, show an insight that highlights the abuse of power that was in reality their specific sin.

“Rabbi Yochanan ben Torta said, ‘Why was the Mishkan at Shilo destroyed [at the time of the sons of Eli]? Because of sexual immorality and the disgracing of the sacrifices’. Said Rabbi Yochanan, ‘ Far be it from us to say that they sinned. However, since they refused to accept the purification sacrifices, the text says that they were guilty of sexual immorality. [These sacrifices were only doves, so that what the priests did was to wait till someone brought an offering of a sheep, goat or ox from which the priest’s share was substantial. Thereby they prevented the women from returning home to their hus- bands; the rabbis saw this delay as causing sexual immorality (Rif)].

They disgraced the sacrifices as it is written, “Also before they burnt the fat, the priest’s servant [a youth, unsuited to Divine service] came and said to the person offering, ‘give flesh to roast for the priest’”[chapter 2:15]; indeed a grievous sin” (Yoma, 9a).

It seems that the Kohanim ate before throwing the blood and offering the chalavim as required and so denied the Kingship of Heaven.

The Gemara, however, sees their sin as being deceit and hypocrisy to cover up their behavior, something that those in authority all too often are guilty of. They knew that if they would destroy the appearance of legality, by willfully breaking the law, people would not come to the Mishkan and they would be deprived of their income, so they covered up their actions in a veil of propriety. “Taught Rabbi Shimon bar Yochai, ‘The kohanim say falsely [when the people say to HaShem that this behavior is not allowed], we are just taking the meat to roast, but we will eat it after we have done everything we are required to do; but if not, we will take it by force” (Midrash Shmuel).

Time has past and the house of Eli, Kohen HaGadol no longer serves. The prophet Samuel has been the Judge and Navi of all Israel since their days, bridging the period of localized Shoftim to usher in after him, a Jewish monarchy. The demand for a king in the twilight of Samuel’s life comes as a reaction to the behavior of his two sons, Yoel and Aviya. “Samuel made his sons judges over Israel… in Beersheva… they walked not in his ways… turned aside after money and took bribes and perverted judgment” (Shmuel Alef 8:1-3).

Unlike in the case of Chofni and Pinchas, here there was no reference to the abuse of power for sexual immorality or for the degrading of the sacrifices but to the corruption of the legal system.

“Rabbi Yochanan taught…’in his ways’ means that unlike their father who used to be a circuit judge from Dan to Beersheva to make justice easily available, they required the people to come to them, thus increasing the wages of their scribes and officials” [making justice more difficult and more expensive] (Shabbat 56a).

“‘they lusted after money and took bribes’: Rabbi Meir said ‘they demanded the tithes that they were entitled to as Levites, but at the expense of the poorer Levites. Since they were gedolei hador (leaders of the generation), nobody could refuse them. Rabbi Yehuda said, ‘they placed a burden on the merchants [in that these were made to trade on their behalf, thus earning profits for Yoel and Aviya]’. Rabbi Akiva said, ‘they took a greater share of maaser than they were entitled to’. Rabbi Jose said, ‘ they took their Levitical gifts by force’” (Shabbat, 26a). “They caused the caravans to pass through Beersheva unnecessarily, for their personal benefit, thus earning a profit. [Legal perhaps but] the text counts it as bribery” (Bereishit Rabba 8:12)

How contrary their actions are to Samuel’s we see in his speech after announcing the kingship of Saul (Shmuel Alef 12:15). “Whose ox have I taken [for the sacrifices that I offered on Israel’s behalf; rather I used my own], whose ass have I taken [to go as a judge throughout Israel; rather I used my own], who did I oppress and from did I take gifts in order to render favorable judgment on their behalf. [To this the people replied that he had done none of these]” (Bamidbar Rabba 18:10).

“A heavenly voice then declared, you have declared him innocent of any public dishonesty, I, Hashem am a witness even to the secret things” (Makkot, 23b and Kohelet Rabbah, 10:16). 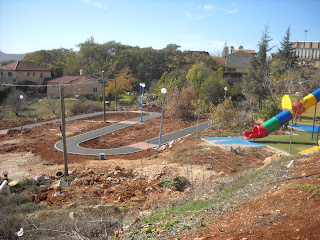 Posted by YMedad at 9:45 PM No comments: